An 'istorical battle re-enactment on the grounds of a stately 'ome 'as been cruelly censored by officious 'elf and safety stormtroopers fearing that the sound of gunfire might frighten local badgers, or something. 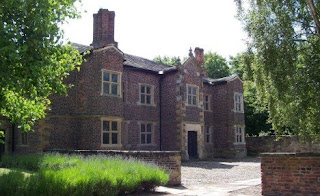 Instead of using gunpowder and live ammunition, musketeers from the English Civil War Society were forced to shout ‘Bang!’, 'Pew pew!', 'Blammo!' and various other gun noises when they fired during the event at the Clarke Hall living museum in Wakefield. The actors were also banned from skewering 'enemies' with their bayonets in case they died.

Sue Riley, a member of the Sir Thomas Lunsford's Regiment of Foote said: 'We were told that because the lead windows in Clarke Hall are so old there was a concern that the shock waves from the guns would smash them. They didn't want us to bring the house down.'

A do-gooding lilly-livered kill joy council spokesman claimed that the sound of gunfire might disturb patients at Wakefield Hospital, which is next to Clarke Hall.

'This was done in the interests of public safety and to protect nearby windows at the historic hall', he said timidly, speaking from within a big ball of cotton wool. 'I just hate anyone having fun of any kind', he may or may not have added.