RICHLITTLE: The answer is simple 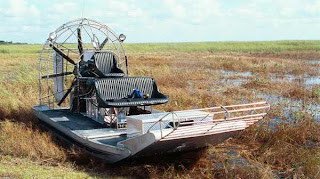 Apologies for not posting anything for a while, I've been busy buzzing round the Everglades out the back of the ol' maison on my spanking new airboat ain't I?

Well, that and these weblog things are fucking shit. Don't pay enough, no sirree, not like the mountainous wage I receive from my old mate Dacre. That's where the money's at, nyoos-papahs, and don't tell let anyone tell you it's not. Keeps me comfy anyway. I just laugh at all those other 'real' journalists losing their jobs as their liberal rags shut down. Ha! You don't get ahead for talking sense you muppets!

So, anyway, thought I'd write a bit about those fucking Talibans that got caught bang to rights for plotting a very big terrorist attack on shopping centres or football grounds or whatever in Manchester. I wrote some shit about that Darling bloke and his wife having breakfast too, like, where I made up some stuff they might have said - it seemed funny at the time (I was pissed) but actually, looking back at it, it was pretty shit and didn't even make sense, so I won't go into that now. Even Hitchens said it was bollocks, and when he tells you something's crap, it must be crap! He knows shit writing, that guy. Oh well, what do I care? All about the dollar innit? So long as I get paid, who gives a flying pisspot!

Yeah so these terrorists wanting to blow up landmarks in Manchester. Football grounds for heaven's sake! I ask you, what kind of sick bastard wants to blow up Old Trafford? Bloody Islams, they hate everything we love, they do. They just can't wait to see the look on the faces of those poor little kiddies, turning up on a Saturday with pops to see the match, they can't wait to see them cry when daddy has to say, 'Sorry Timmy, there won't be a game today because the stadium's been blown to smithereens by those fucking Afghanis, or Pakistanis, or wherever their from, it doesn't matter, they're all the same, bloody terrorist states, you know the ones, like Iraq and that other one, Iran, and all the rest of them'. They'd poison all the tea in Eng-er-land if they had half the chance.

Sickos. They love it. They love to see pain on our faces, because they hate us. That's the point of Islam - did you know what Islam means? It means 'Kill the West', or something like that, that's what I heard.

So these twelve, right, they got caught bang to rights they did, with their beards and Korans or whatever it's called and their sacred cows. The evidence couldn't have been more against them: there they were, foreigners, in Manchester, all living in the same house, come over here to study supposedly. Yeah, alright, pull the other one - who in their right mind comes all the way over here to study in Manchester? 'Students', indeed. I never heard such rubbish. The only possible reason for brown people being in Manchester is to blow us to Kingdom come, and just because the coppers didn't find any 'evidence' it doesn't mean they weren't planning on it.

You can never tell what's going through these fanatics' minds. So there wasn't any bomb making equipment - well there would have been if they'd had half a chance, I'll wager. Oh yes, mark my words. They probably knew the plod was about to knock at the door and swallowed it or something, or flushed it down the pan. They're clever these extremists, they can tell if they're being watched. Like owls, they are, they can sense it: no doubt some surveillance operative hired by that idiot Brown coughed too loudly and blew the game, yeah, that was probably it, and I bet that Jack Straw blew it too, twat, he probably sent them a letter advising them of an impending 'top secret operation'. Is Jack Straw still home secretary? Only I don't tend to follow British politics too closely any more, what with Obama skanking my country up over here, knob, bloody liberal. Not that I'm not British, I'm more British than you, you wanker. See, I said wanker, only a limey would say that. Fucking limeys.

But now though, now we hear that all twelve of them have got off without so much as a slap on the wrists, without so much as being sent over to Git'mo. Nope, instead they've been handed over into the softly-softly care of the Imm-uh-gray-shun services where, no doubt, they'll enjoy four square meals a day, Sky TV with all the sports channels and a key to the city of Manchester. And who'll be paying for all this care? Yep, muggins the British taxpayer of course, hardworking people like you and me, well not me of course, I don't pay tax because I live over here and keep my savings in Jersey, but you know what I mean, they'll be living the life of Riley at your expense, planning their next atrocity from the comfort of some public funded safe house somewhere protected from harm behind all the luxuries you can't afford.

No surprise then that these rat-bastards are appealing efforts to deport them. Can't blame them can you, if you were given free housing, multi-channel TV and your choice of dessert (I'll have the banoffee please guv) you'd want to stay too. I know I would, well I wouldn't because I earn more than that, but the fact remains it's a pretty good living just for being a terrorist innit. That's all our, well your, benefit system's good for: giving a free ride to those who hate you, us, the most. I can't hardly decide what I hate most, those fucking extremist scumlickers or the 'welfare' state that rewards them for it. Easy isn't it? All you have to do to live in comfort for the rest of your life is get arrested at gunpoint by jacked-up security officers who don't have a scrap of evidence against you, say you're not a terrorists but 'oh you're hurting my yooman rights innit it's not fair' and you're golden. Sorted.

These poor kids, twelve bright eyed young things over here for nothing more than to further their education and make a new start in Britain and these heavy handed police state Stasi oafs break down the door and accuse you of being a fanatic, even though they can't prove a bloody thing. It's bureaucracy gone mad it is, you know what I reckon, I reckon it was all just a big cover up for those Nazi coppers in London who knocked over that poor boy Tomlinson. Convenient isn't it, 'Shit sarge, I think I just killed this bloke, what do I do', 'Don't worry son, we'll cover it up by arresting some innocent kids in Manchester and everybody'll forget', you can just imagine it can't you.

That's what it is, it's Big Brother Britain just like that writer said it would happen, you couldn't make it up, twelve students arrested for nothing more than taking a couple of holiday snaps in their new country and bam! jack booted riot police hammering at the door to take them away under the fucking 'Terrorism Act', whatever that is.

Well, just so long as they don't get sent over here. They want to stay in Britain, the little bastards, we've got enough of them over here. Brown should stand up for what everybody wants for once and throw them in Broadmoor and chuck away the key, let them rot, the democracy hating shits. They want deporting, simple as. If they hate us - you- so much, why don't they fuck off back home where they can blow up what they want? Why stay here if they oppose everything we believe in, oh yeah of course, they want to stay for the benefits, so they can afford to buy bombs and stuff so they can blow us all to high heaven.

It'll cost us millions in legal fees to deport them, mark my words, the best thing to do would be just keep them here under 24 hour watch, put them in solitary, see how they like that. But our immigration system is so far up shit creek it'll never happen, they'll stay here for years on end I bet, scrounging off the state, I'll tell you what they should do, McBroon should just have done with them and send them packing back to Somalia or whatever, bloody pirates, in this day and age, I ask you. Isn't it?

But of course, it won't happen. I'm willing to put money on them still being here in ten years time just like those Afghan hijackers - what do you mean what Afghan hijackers? The fucking hijackers, y'know the ones, that shoebomber - yeah, they'll be here just like them, those Russian hitmen, living over here in a nice semi in Berkshire paid for by the council no doubt, living off benefits, working in Tesco putting anthrax in your Cheerios, the bastards, those power mad police officers nicking anyone they want accusing them of 'terrorist this' and 'fanatic that' without even the merest scrap of evidence or motive just because they took some photos, shitting police state 'elf'n'safety Nazis that's what they are, you can't even go outside to take some photos of the shopping centre without them coming down on you like a pile of bricks putting away perfectly innocent students for exploding Old Trafford, the psychopaths, it's like living in Afghanistan.

Madness. Britain's gone to the dogs, and it's all because of those bleedin' climate change crusties.

Mind how you go.
Posted by John Richlittle at 23:08