And brown ones cost even more, probably.

The enormous sum reflects the cost of benefits, tax breaks and free school meals that immigrants love so much, provided over the lifetime of the average feckless foreigner who sits at home all day, claims child support and robs your house at weekends.

The revelation comes as thousands of misguided churchgoers, Stalinist trade unionists and tye-dye wearing charity workers today prepared to rally in London in support of an ‘earned amnesty’ for 450,000 foreigners.

Campaign group Migrationwatch, who calculated the amount by pressing random buttons on a calculator, multiplying the answer by Pi then adding it to the number of people in Mexico suffering from swine flu, said: 'The numbers are truly enormous, adding an unacceptable – and entirely unnecessary - burden to the nation’s balance sheet'.

Original Migrationwatch estimates had been based on a family of four living in rented accommodation, with two parents over the age of 25 both claiming income support, council tax and housing benefit, earning the minimum wage for the entirety of their lives because that's all immigrants are worth. The estimates also took into account retirement at 65 and living for a further 15 pointless years claiming Pension Credits and free travel cards. 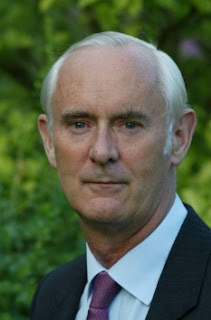 But the figures were so wildly unrealistic that senior Migrationwatch bean counters recommended using the 'picking numbers at random' mathematical approach instead.

Migrationwatch chairman Sir Andrew Green acknowledged that a gigantic degree of guesswork had been used to arrive at the final number: 'Some of these immigrants will already be married, or will not marry, and some will work above the minimum wage so that their Housing Benefit will be lower, some may have families of more than two children, thereby attracting more Child Benefit and Child Tax Credits...to be honest, who fucking knows? £1million is a nice round number so let's go with that.'

A source at the Daily Mail said: 'I don't really care about the details. Nobody reads this paper for 'numbers' do they? The important thing to remember is that foreign people are bad.'
Posted by D. Quail (expat) at 17:18