Left-wing nuts were under fire today over the leaking of a list of over 10,000 names of Daily Mail readers.

The leaked list exposes how deeply the message of the far-Right newspaper has penetrated the British political psyche - serving police officers, Church of England vicars, members of the Armed Forces, an actor, leading businessmen and former civil servants are all in there. 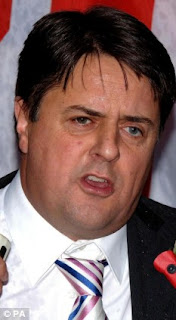 One subscriber, who pretended to his family and friends for over 10 years that he was an Independent reader, said: 'Jesus H Christ! Its true, I've just seen my details!'. Another pointed out: 'The most shocking thing is some of the comments by the names! God help anyone who is in the army, the pison service, health care, police officer or a teacher.' It is feared that employers might use the list to find out which of their workers waste hours of their working days covertly reading the likes of Fred Bassett, Mad Mel and Richard Littledick, and use the information against them.

A subscriptions manager for the paper growled: 'If we find out who published this list, it will turn out to be one of the most foolish things they have done in their life. I wouldn't want to have done that - I wouldn't be sleeping very well tonight'. Inside sources have warned people to start checking their beds for horse's heads before getting in.

BNP leader Nick Griffin, who receives most party applications from referrals from the newspaper, called for protection for the 'skinhead oiks' on the list, and vowed to use the Human Rights Act, which is based on EU regulation, to protect them. The BNP has always been a staunch supporter of EU legislation.
Posted by D. Quail (expat) at 09:54