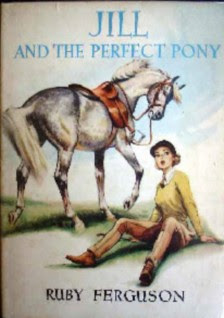 "I fall in love with horses the way most women fall in love with men." Closing my eyes, I can still feel the warmth of those heady days of youth sliding over me, days spent riding across acre upon acre of virgin countryside, my raven locks tossed carelessly in the wind as I sit atop my friend, my partner, my steed. It's fair to say my first pony was my "inaugural crush" - the first creature to imbue in me a throbbing desire for the touch of another. "My dormant sexuality was, I suppose, lurking not too far beneath the curry-comb-wielding surface."

While other girls were dreaming of their first kiss or holding hands with human boys, my thoughts were full only of ponies. I thought about them in bed, my chest heaving as I tried to conjure their intoxicating smell. A powerful, ruddy smell, enough to make you tremble. Straddling those majestic equine denizens left no sense unaroused; the whip of the tail, promising dark passion, the sight of those fine shoulders, moving mellifluously just abreast of my slender young thighs, the feeling of abandon as the mane slipped between my fingers.


Even walking the family dog I would make believe it was a miniature horse. Fashioning a small stick into a whip I would tap him on the haunches and slap my buttocks, trying vainly to make him canter as my friends the horses did so beautifully. Occassionally I would mount the unsuspecting animal, amidst a cacophony of startled yelping. It was a sad day when Father told me I had broken poor Pompey's spine. He was paralysed from the head down, all thanks to my passion for ponies. As I stood watching while the vet administered the lethal injection to end Pompey's misery, I couldn't help blaming him for his own demise: 'Well, he just wasn't horsey enough', I whispered to myself.

One wonderful teenage day, I made the step up from ponies, lovely as they are but a little too platonic for my taste, to a great king among horses named Cavalier. He was a tall, dark beast, easily excited and thrillingly wild. I gazed as he galloped wantonly about his paddock, and I knew I had become a woman.

Chapter the second (II)
- In which Lady Jones becomes dissatisfied with the company of men
Ours is essentially a tragic age, in so much as a lifetime partnership is only acceptable conducted between two parties of the same species. To this end, I married a man, in a way paying lip service to the crushing expectations of modern society. It was rather hard work: there was no smooth road into the future: but we went round, or scrambled over the obstacles in a vain attempt at normality.

Everything had become grey. Then, one long weekend, my husband and I decided a holiday was in order and off we trudged to the Cotswolds. If only I were aware of the explosive awakening about to take place! With resignation, I had expected our break was to be spent having sex, me staring blankly into the middle distance as he thrashed around above me, but, owing to my increasing detachment and dissatisfaction with the banal touch of a man, it was not to be. But, joyously, close to our cottage resided a stables offering riding lessons. My heart lept such as it had all those years ago, and I decided to quietly replace my husband with the thrill of riding. I kept it secret, as one might while conducting an affair. It was forbidden, and it was enrapturing.

The next day, I approached my steed with excited hesitation. This was my man. And I was his damsel. That it was female mattered not a jot; I think of all horses as strong, sensual men. "I sank my nose into her neck and suddenly that smell hit me. It was heady, hot horse."

One summer's day I happened across Lizzie, a once gallant mare who had been cruelly adandoned but, thankfully, rescued by some kind heart who took her in, fed her back to health, and cared for her like I yearned to care for my own. In a flash, I emailed the woman to propose a deal. I wanted her. I had to have her.

The woman replied, 'no', but I wasn't having it. 'Do you know who I am?', I thundered back, 'I am a career woman with a BMW and a Gucci tote. I have meetings with men, and we discuss things like grown ups. I know people, powerful people', I wrote.

The next day I awoke to find a new email from the pathetic usurper in my inbox. Lizzie was mine.

"I'm in love with Lizzie, of course I am. I go to bed thinking about her and I wake up longing to see her."

Chapter the interminable (IV)
- in which Lady Jones rides the beast
These days are a blur of emotion, sensation, skin-tingling wonder. I ride Lizzie hard. Is her girth too tight? No, not tight enough. Make it tighter. I alone have complete control over Lizzie, as she pounds the verdant pastures behind my massive county house. Just as I reach tipping point, anxious that I've gone too far, ridden too hard, I relax, let go of the straps and breathe deeply, renewingly. I stare at my manor. It's huge. I'm really rich. I am complete with Lizzie between my legs, where she should be. She tenses, and I feel a ripple transfer from her to me, through me. It's almost as if we are one. Does she see what I see? Does she see the BMW and know what it symbolises? My wealth and good breeding? It is a cross I must bear that I can never make her understand just how privileged I am, but I sense that she knows. 'Steady', I whisper into her ear. 'I'm here for you', I breathe duskily.

Epilogue
Recounting all of this reminds me of something a marriage counsellor once told me. Well, I say counsellor, he was more of a shaman. I met him on a particularly expensive vacation in Peru, while travelling the world observing the Earth's poor with disdain. Sitting cross legged before a crackling fire, he began shaking his bone-hewn staff and said to me in funny, foreign tones: 'Mrs Liz, I see you one day, living alone on a hill. I see great riches, fine clothes, splendid cutlery. You will write words to describe your existence. Many will call you inane, but you are strong, you care not. You are alone, apart from the animals. So many animals. Do not let others tell you it is wrong, I understand.' I remember thinking how strongly his hut smelled of animal faeces. He may have been the only man I could ever have spent my life with.

It doesn't matter. I have Lizzie.

Extracted from an extract originally appearing in The Daily Mail of The Exmoor Files, by Lady Liz Jones. If you can't get enough of Liz's egotistical ramblings, order your copy with free p& p from The Review Bookstore on 0845 155 0713.
Posted by D. Quail (expat) at 10:30