Peter Hitchens NOT Writing Exclusively for The Quail Online 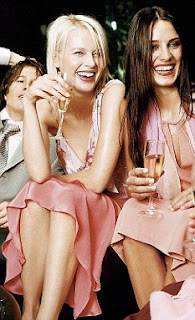 I'm not a bad bloke.

I may not be as successful as my brother, but I don't mind. I mean, of course, I'll grudgingly bring it up every time he pens something clever that all those literary types I like to call the 'liberal elite' love so much. I don't mind because I'm quite happy in the knowledge that, really, he wouldn't be nearly as successful if the general population just had the smallest shred of common sense.

It's that wooly minded liberalism at play once again. It dissolves people's critical faculties. Ordinarily it will fade with the passing of the teenage years; those Che Guevara posters will get torn down and revolution will sit gathering dust in the corner of an empty dorm room in the summer holidays, just as the socialist doctrine becomes progressively sillier the older one gets. I mean, who could seriously believe that giving things to poor people (for free) would ever benefit people?

But sometimes it does not disappear, that naive idealism that could never work in any real state, the same ideology that let Stalin murder millions and compelled Marx to fritter away his youthful promise on banal comedy films, just as Krusty the clown squandered his potential talents as a great religious thinker on making people laugh. Chris does so well because he panders to these sad, lonely old students who still believe that they can change the world. It's ok, because my level headedness, my insight, my rationality could never be rewarded in a world as broken as ours. For every criticism I receive, it reaffirms how right I am; no person could honestly attract as much condemnation as I do unless some great liberal conspiracy existed that wished for nothing other than the denigration of true, say-it-and-be-damned, gritty journalism.

You see, even as you have been reading these very words, I have been persuading you to come round to my point of view. You might not even have realised. I've probably even made you agree with me before you actually know what I'm talking about.

That's talent. I wield it like a sabre, and smite those who wish to censor honest, open debate at my size 12 feet.

I am different. I am The Daily Mail's voice of reason. My calm, reasoned arguments embolden me against the slings and arrows of disdain, elevate me above criticism. Indeed, I'm so incredibly humble and yet certain of the inherant, beautiful validity of my polemic that I'll go so far as to write for those I detest the most. I even guest starred on some fudge-packer's weblog after he accused me of homophobia. That is how sure I am of my convictions, and how assured I am of my eloquence - I can win round even the staunchest of sodomisers.

This brilliance with prose and barrister-like ability to grasp any subject matter in its absolute entirety, fully considering both sides of an argument with superhuman levels of insight, is what grants me the wonderful privilege of being able to say things that seem at first just too contraversial for the ordinary writer to even approach. I'll let no politically correct, cotton wool wrapped left-wing sensitivity stand in my way as I say the things everybody thinks but daren't utter. And people will love me for my prowess with the word, for my fearlessness in tackling issues which anyone else wouldn't go near with a great, rigid pole, they will become illuminated by my incredible knack for seeing through the dark glass, reaching into realms where lesser men might be afraid to venture for fear of becoming tangled in complications and controversy.

Not I. The pedestal on which I stand proudly surverying the mire of confusion and knife-crime beneath me, grants me pure, unclouded vision. My unparalleled position empowers to me to say things like

Drunk rape victims deserve everything they get

We all know it. It's blindingly, undeniably obvious that women who get drunk are more likely to be raped than women who do not get drunk.

Rape is often a clouded, complex topic; no doubt it is a natural, many would say perfectly healthy, activity but reconciling the molten desire of a man to penetrate a woman without her consent with our modern, 'victim' sensitive culture is difficult. Many men have been sent, misery etched onto their drawn, puzzled faces, to jail for nothing more than the 'crime' of loving too strongly.

Meanwhile, these women, these jezebels, continue drinking, smoking, taking drugs, and wearing clothes so skimpy that no man could resist a quick sideways glance as the suggestive hint of a pert young bottom sashays past him.

It's simple human nature. Obviously, I cannot explicitly condone the wicked, treacherous act, but who could argue that a woman who has so brazenly acquiesced to a furtive late night jaunt back to a lad's flat after a few Bacardi Breezers is anything other than inexcusably stupid. It's that simple.

And yet, only this week, a wave of hysterical unfeminine latter day Pankhursts forced a State agency to reverse a perfectly sensible decision to cut payouts to rape victims who had selfishly allowed themselves to become intoxicated, often with hard drugs as well as alcohol.

Who pays for all of these compensation claims? The cash flows like rivers of black immorality into the white purses of these girls, while the men, made animal by the failures of the state, rot in prison, endlessly awaiting some resolution to their anguish. Instead of offering justice, the state provides a cheque to the accusers.

It is inevitable that we must look on with tired abjection and resign ourselves to the fact that a growing slice of our taxes will be handed over to victims of unsolved rapes, while rape itself increases – the inevitable result of the collapse of sexual morality. The poor boys, scapegoated by a government absurdly out of touch with reality, will wait forever for their payout, their lives ruined by crazed accusations of 'monster', branded 'out of control' simply for seeking to pleasure a woman too inebriated to realise what she really wants.

These victims need to learn the importance of responsibility. Getting drunk is not something that happens to you, it is something you do. And in so doing, you bring it upon yourself. Nobody would drink until they were no longer able to see straight or control their own body, then claim it wasn't their fault when they crashed a car into a young family, killing them in an instant. Our society is based on self-restraint, and to allow women to act so wantonly, without fear of any repercussion, is folly.

All the above is a statement of the blindingly obvious. Yet, in the main forums of public opinion, such views are becoming harder and harder to express because of the unreasoning storm of fury that will follow.

Luckily, I can take it. I know my argument makes sense, and those who oppose me are nothing more than hysterical sensationalists, too afraid to speak their true feelings.

Also, the BBC is to blame for not giving airtime to social and moral conservatives. They're the real rapists.