As many as five out of six psychiatrists are being prevented from curing homosexuals of their deviancy by the New Labour nanny state, it has emerged. 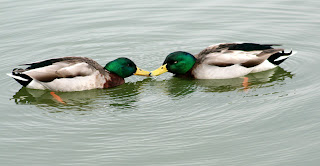 A survey carried out by researchers at University College Hospital in London fround that only 17 per cent - or three in twenty four - mental health experts felt able to treat gays and lesbians for their unnatural sexual orientation, as many fear a militant baclash from politically correct liberal zealots who believe that homosexuals are 'normal' and 'healthy' just like real people.

Commenting on the increasing body of evidence that homosexuality can damage sufferers' careers and make couples incapable of caring for children, Professor Michael King, who led the study, said: 'It is distressing and harmful-and there is absolutely no evidence it works'.

In the past, scientists have attempted to cure people of their gayness using aversion therapy, whereby deviants were given electric shocks to the genitals as images of naked men were displayed.

But queerness is highly difficult to eradicate and those who attempt to help sufferers overcome their disease often face accusations of 'discrimination' against them, discouraging research into finding a vaccine or preventative therapies.

But BNP supporting, hideous website owning councillor Chris Cooke suggested that, in fact, switching sexual orientation is actually very easy and questioned why only one in six psychiatrists are helping homosexuals fight their rainbow coloured demons: