So many women, so little time!

Do you ever find there just aren't enough hours in the day to judge, condemn, snipe and sneer at all the women you see in the papers and on TV? We do, so without further ado, let's get misogynistic! As an added bonus, please enjoy Olivia Newton-John's seminal 1981 classic 'Let's Get Physical' while you peruse the hot lady action.


First up, here's a nubile young thing - not too fat, not too thin - in her pants. Look at those curves: nice! After you've wiped yourself off, shake your head as you slag off her tattoos. I wouldn't let my daughter defile her own body like that - would you? Tell yourself that by criticising her tats you haven't really just been staring at a mostly naked 22 year old for no good reason.

Just how does Cheryl get her hair looking so good? What's her secret? You'll never guess...

Hair products! What a fake. And did you know she's Northern? Yes, it's a shame. 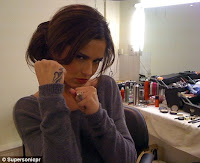 Lady GaGa fell over on stage. HAHAHAHAHAHA! She fell. Over. On stage! Women are so clumsy! Oh, and by the way here she is with a man's elbow touching her crotch. Mmmm, isn't it?

Eurgh, look at this foul thing smoking a cigarette. So unattractive. And look, she's a bit wrinkly too, probably the fags. It's not the same as pipes for us boys, the ladies love that musky aroma. No, let's be clear: women smoking is just plain offputting. Who is Hannah Waterman anyway? Ah, who cares. 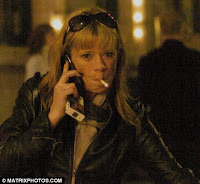 Oh, Leona. You showed such promise. Great voice, nice hair, an acceptable body weight. We felt bad when that chap punched you, but now you've gone and worn a bloody see-through black top that shows your white bra when our photographer's megawatt flash goes off in your face, we see our sorrow was misplaced. You're breaking our fashion rules, hussy.

Who's next? Woohoo, it's Britney!

So obviously Britney was attractive when she was young, then she went fat and bonkers, and now she's doing her best to look nice again. Here she is in some skimpy clothes. There isn't really a story here, but it is a rather wonderful opportunity to laugh at how rubbish she is, while looking at her breasts:

'the singer was heavily criticised by fans and local media after she apparently lip-synched her way through the concerts.' Teehee!

'Tickets for her show were put on eBay with starting prices as low as 55p, with top-price tickets valued at £90 going for as little as £14.' Chuckle! Failure.

This supermodel died after having plastic surgery on her 'buttocks'. She's dead, but that won't stop us printing a shot of her in the shortest dress we could find. Anyway, let's leave it to the commenters to sum up this tragic death:

'Well, she certainly won't be the envy of everyone now and I truly hope these pathetic people will stop playing with nature. This is all for the sake of vanity and we all know what we see isn't the 'real' person anyway' Quite. Not so vain now, is she? Ha.

'Silly woman! any operation carries a risk however small....how do you tell her children mummy died because she wanted a firmer behind? What price vanity eh?' What price vanity, indeed, Eddy from Oldham. Good question.

Well, death, it seems. Says so in the article.

For heavens sake, why didn't she think of that BEFORE SHE DIED?!