COMMENT: Why can't minorities just get a sense of humour?

It's common knowledge that racist jokes are hilarious, and - as eruditely pointed out by half-chin-half-man Bruce Forsyth, who is not at all old fashioned and out-of-date with his views - anyone who can't stand being called a "paki" should get a sense of humour. Because it's funny, don't you see? To call someone a word laced with hateful undertones. The highest form of wit. 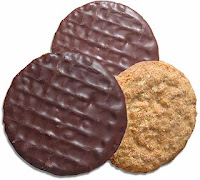 Anyway, Andrew Neil made a quite brilliant quip recently about black MP Diane Abbott being a "chocolate hobnob". A joke which works on so many levels, but one which a hard core of liberal loony political-correctness-loving extremists have somehow deemed "offensive". These people clearly have nothing better to do than to be offended by completely harmless jokes and should get a life. And stop eating babies. Which they definitely do.

What's next, I ask you? Will we be banned form calling Germans "krauts" or calling the French "frogs"? It's political loony leftie madness health and safety gone bonkers Britain, and is probably somehow tied in to that shady EU which plans to take away all our rights, kill the Queen and have us work 24 hours a day growing onions for the French in slave labour camps in Germany. Or something.

Meanwhile, the irony of whipping up a storm of fuss about Jonathan Brand and Russell Ross and then dismissing another similar incident is entirely lost on us.