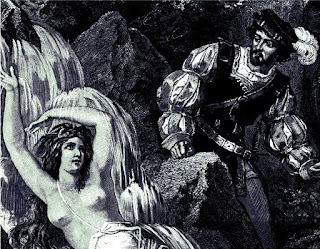 Alcohol and the HPV vaccine are creating a generation of young hussies hell-bent on drinking themselves to oblivion while tempting unsuspecting men into illicit encounters in WKD sodden hotel rooms before blaming the whole thing on male trickery, it was claimed today.

A study of 200 harlots in Greater London found up to 75% of them rated innocuous 'date-rape drugs' as a significant risk factor in sexual assaults, instead of real causes such as short skirts, high heels, and shameless flirting. Many said they would attribute symptoms such as sickness, blackouts and dizziness to Rohypnol or GHB poisoning despite the far more likely explanation that ladies simply can't hold their drink properly - especially when it comes to beer.

A local alcoholic explained: 'Ha! Wimmin, eh? Can't hold their drink. I've sheen girlsh shtop after only a couple of lagersh in cashe they get shloshed - pfft! I've had eight pintsh thish morning and I'm fine.'

Dr Adam Burgess of the University of Kent agreed that young women were probably just making it up when blaming blackouts and unexpected nookie on 'date-rape drugs': 'There have hardly been any cases where it has been proved that sedatives such as rohypnol and GHB have been used in a rape incident. Yet it has been a storyline that has appeared in virtually every TV soap. Maybe that tells us something about the programmes these women are watching.'

The study comes as a survey of pre-pubescant proto-strumpets found that the HPV vaccine probably might encourage some young girls to maybe be a bit more promiscuous, or not. Alarmingly, as many as 100% of school girls aged 12 and 13 said that the HPV vaccine made them feel protected from getting cervical cancer, while a massive 1 in 7 girls confused by the question and unsure what 'promiscuous' meant, said that the jab would make them 'take more risks'.

Unnamed family groups and imaginary experts expressed fears that HPV would lead to a rise in unplanned pregnancies and a fall in house prices. One girl said: 'I don't like jabs. They hurt my arm.'