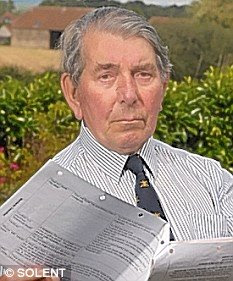 Jobsworths at the Ebernoe Parish council in West Sussex want to ban men from walking the local streets, thanks to an offical edict decreeing that the male gender is 'too un-PC'.

The sleepy Sussex village has existed peacefully for thousands of years near Chichester, where proud British King Cogidubnus once resisted Roman invasion in the name of England. Certainly, he would have not been able to do so without the help of his great and civilised army, comprised primarily of men, along with an armed cohort of friendly male British red squirrels.

But now the unstoppable tide of political correctness has reached even the quiet hamlets of Ebernoe, whose annual Horn Fair attracts millions of followers from the neighbouring towns and villages. Bureaucrats, angered at the little village's 'sexist' and politically incorrect approach to life have sent a seven page dictat to the parish council, instructing them how to speak 'correctly'. Split into almost ten bewildering categories of 'Disability', 'Sexuality', 'Gender', 'Race' and 'Age', the pamphlet bans the use of innocent phrases such as 'Man on the street' and 'Old Codger'. Instead, it decrees, phrases like 'person' and 'elderly people' must be used in case ladies and OAPs are offended.

High ranking parishoner Tony Colpoys described his 'outrage' at being sent the 1984-style propaganda, saying 'This kind of thing really gets my goat - it's not as though anybody in their right mind would believe that the 'man in the street' referred solely to the male sex...It's just stupid - I've never heard anything like it...I think political correctness is one of the most ghastly things about our society - it's one of the most repulsive things ever to be invented.'

Chichester District Council, which was responsible for the Newspeak pamphlet, claimed that it was trying to promote a 'positive' approach to its 'equality policy'. By banning traditional British phrases and words, it hopes to introduce a more inclusive culture into Ebernoe. Critics have warned that the practise could destroy local customs and result in a loss of local pride, and that it is just the latest example of an ever-increasing systemic and insideous process of de-Britainisation designed to marginalise the common man.
Posted by D. Quail (expat) at 18:40