Migrant Workers Will Continue to Flock to UK for Almost a Decade, says Thinktank 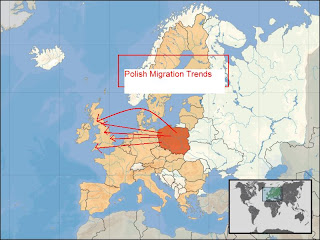 Worrying figures were released today showing that the number of migrant workers from the Eastern Bloc piling into our country would continue unabated for nearly a decade, until 2010.

According to the objective and independent report by non-political and completely trustworthy thinktank Migrationwatch UK, the number of Polish nomads registering to work in our fair country peaked at 228,000 in 2006. The plague-like influx was largely due to New Labour’s misinformed decision in 2004 to join the EU and open Britain’s gates to a tide of immigrants, while many other European states such as France, Germany and Australia, kept their borders safely shut. Thankfully, these countries will be forced to adopt an open immigration policy by 2011, meaning that many of the undesirable foreigners will go elsewhere instead, where they will be free from the horrors of Blair’s Britain like knife crime, political correctness, socialism and reality TV.

Migrationwatch, whose website prominently features well written tabloid headlines such as ‘Migration must be curbed’ and ‘Asylum seeker has deadly super TB’, optimistically predicts that the number of Eastern Europeans registering to work here will fall to 80,000 in 2010, and 50,000 in 2011. Following these figures through yields the utopian possibility that there might in fact be a negative number of immigrants in Britain by 2025.

Despite this good news, Sir Andrew Green, lord commander of Migrationwatch, warned that the Government should not use the good news as a lazy liberal excuse to claim that the public no longer need to be concerned about immigration levels, and that, confusingly, ‘The latest population estimates confirm that, in the next 25 years, we will have to build seven cities the size of Birmingham just for new immigrants.’ Birmingham, according the latest estimates, has 1.06 million residents, meaning that, if Sir Andrew’s predictions are accurate, there will be over 7 million immigrants living in Britain within the next quarter of a century, or around 12% of the UK’s current population. Sir Andrew was unavailable to comment on the apparent disparity between his own figures and those of Migrationwatch.

A Home Office bureaucrat, no doubt acting under propaganda guidelines from Brussels, said: ‘Nationals from the Accession 8 countries [those that joined the EU in 2004] continue to come to the UK to work, contributing to the success of the economy, whilst making few demands of our welfare system’. However, Bruce from London, in an insightful piece of rhetoric, asked 'Who really believes government claptrap that immigration benefits the economy? Are the economies of Germany, France and Austria suffering so badly because they blocked East European immigration until 2011? Hardly.'
Posted by D. Quail (expat) at 17:45