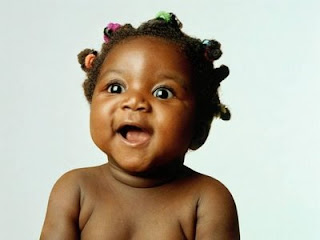 Disturbing figures leaked by a shadowy Government source show today that more than a third of babies born in the UK are, shockingly, non-white.

Out of 649,371 babies born in 2005, 64.4 per cent were recorded as 'White British'. According to Matthew Hickley, this means that a third of babies are non-white despite the fact that babies born to other white (non-British) backgrounds make up another 5.1%, bringing the total number of white babies to 69.5%. When you add the number of babies born to parents who chose not to state their child's ethnic background, the figure rises to 80.3%.

Hickley's creative use of mathematics led some commentators to interpret the data as very frightening indeed. Sir Andrew Green, supreme commander of Migrationwatch UK, cried: 'This is a measure of the extent to which uncontrolled immigration is changing the nature of our society, against the wishes of a very large majority...The Government has allowed immigration to get out of control, but they still show no sign of a serious effort to reduce it.' Migrationwatch is an independent, non-political body that is 'not opposed to immigration'.

Readers of one local newspaper met the news with mock incredulity. Peter Atkinson of East Grinstead in Sussex quipped wittily: 'well, well, well what a suprise', while Richo from Clacton echoed his sentiment, adding ironically: 'Well I never, how utterly surprising?' Presumably both commenters innocently expected the figures to show that white babies made up at least 100% of the figures. J.Mitchell of Sheffield had some acute practical advice for the government, sagely noting that the news was fine with him 'as long as ALL these children can speak English by the time they go to school at 5 years old, and do not require specialist teachers because their parents, whilst taking advantage of making their life in this country, still refuse to learn our Language.'
Posted by D. Quail (expat) at 20:57