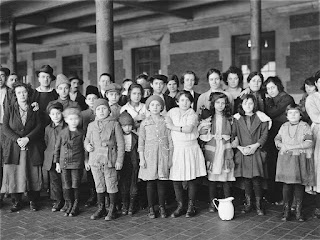 Millions of immigrants from other countries, many of whom probably don't even speak English, are living in housing paid for by the British tax-payer, it has emerged from a secret report hidden from the public.

The number of foreigners exploiting loopholes in 'Human Rights' laws to claim free housing has soared over the past five years according to the damning report, produced by the Equality and Human Rights Commission, published recently.

One in nine council homes is now occupied by a migrant family, equal to almost 20%. Therefore, for every hundred council houses, it stands to reason that thirty are posessed by immigrants, leaving only forty free homes for white British middle class families who might want to live there but are now unable to. These families are likely to have to live rough in parks instead, where, as statistics show, it is probable they will be robbed or stolen.

The inquiry warned that due to Britain's rising population outpacing the number of homes available, fewer people were likely to be placed in subsidised accommodation. Many of these people NOT placed by the council or the Housing Association (HA), are likely to be from Britain.

One Englishman, who preferred not to be named, said of the situation, 'What about my rights? I've lived here for most of my life, I've paid a few years worth of taxes, and now thanks to New Labour, my house is going to be taken away and given to an Iraqi nationalist.'

The report paints a grim picture of state-funded housing initiatives thanks to the leech-like effect of people not from around here. One local newspaper described how 'Housing queues have lengthened by more than half since 1997. In London and the south east they have more than doubled'. Although these statistics are unsourced and completely anecdotal, they illustrate just how Dickensian many London boroughs are becoming, groaning under the weight of 'multi-culturalism' championed by 'progressive' 'socialist' 'politicians'.