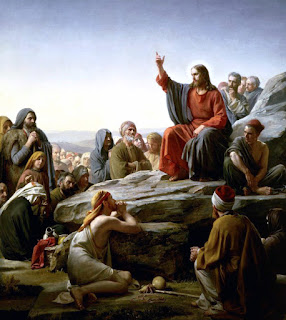 He also railed against the 'ubiquity' of the BBC, which, like a great snake devouring small children playing happily in the green pastures of middle England, is crushing regional press. Addressing a rapt audience of fellow newspaper editors, Dacre beat his chest and waved his arms wildly as he cried: 'Make no mistake, we are witnessing the seemingly inexorable growth of effectively a dominant state-sponsored news service', before reportedly fainting at the power of his own rhetoric.

Inside sources said that Dacre's words gave a subtle insight into his newspaper's recent critical, but balanced, coverage of the shameful goings on at the dark heart of the Beeb.

Dacre, who is currently fighting to save his reputation following allegations of sexual harrasment, reserved his greatest venom for high court judge Justice Eady, who earlier this year dared to allow sick pervert Max Mosley to be given fair treatment by the law, despite the fact he did some really naughty things.

Bravely calling Eady 'arrogant and amoral', he blasted the 'wretched Human Rights Act' that 'effectively ruled that it was perfectly acceptable for the multi-millionaire head of a multi-billion pound sport, followed by countless young people, to pay five women £2,500 to take part in acts of unimaginable sexual depravity with him'. Dacre's supporters agreed that the Mosley case was 'disgraceful and absurd', and that people who do things that some people find a bit tasteless should be publicly flaggellated for being gross and 'just plain wrong'.

One anonymous source said: 'Human Rights Act? Pfft. What about the rights of poor, hard-working national tabloids to print stories about consenting adults doing disgusting things to each other in the privacy of their own homes? It's just wrong and we don't need to stand for it any more. Won't somebody think of the PRESS?!'

Dacre added eloquently: 'Now some revile a moralising media. Others, such as myself, believe it is the duty of the media to take an ethical stand. Either way, it is a choice but Justice Eady [boo], with his awesome powers, has taken away our freedom of expression to make that choice [by upholding the law].' Sources close to Dacre said that he was incensed that Mr Eady chose not to create new laws allowing the News of The World to invade people's privacy and print lies, when the subject matter was of great importance. Good sir Paul then went on to suggest that Mr Eady's wife and daughter were not above nazi orgies with Max Mosley themselves, and might even be prositutes, by cleverly asking: 'Would he feel the same, I wonder, if one of those women had been his wife or daughter?' Zing.
Posted by D. Quail (expat) at 10:10