Fat People rewarded for being overweight - And guess who's paying? 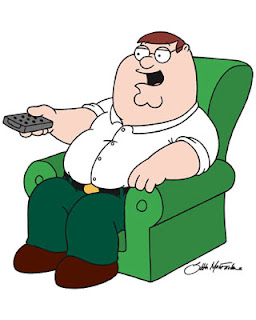 A ludicrous new government scheme to bribe fat people into walking around more was condemned as 'dubious' and open to 'abuse and fraud' yesterday.

The 'Healthy Towns' initiative, which is to be implemented in Britain's blobbiest communes like Dudley, Sheffield and London, consists of rewarding walking meatballs with points which can then be exchanged for trainers or apples. Points are collected by swiping a 'smart-card' against readers in parks or at schools - it is hoped the system will encourage obese people to waddle their children to school rather than driving like normals.

However, Matthew Elliot, of rent-a-quote agency TaxPayers' Alliance, said: 'It would be so easy for someone to hop out of their car for a second to go and swipe their card, enabling them to claim they had walked to school.' Sales of extra large sized mobility scooters are expected to rocket, as fatties buy them to zip quickly around parks collecting points at double-quick speed. Insiders have warned of the frightening possibility of a 'points for doughnuts' black market being created by foreign gangsters to exploit the initiative.

'Healthy people pay quite enough tax already without having to bribe the obese or put cash into the pockets of fraudsters' he seethed. It is unclear exactly who the fraudsters in question might be, but one local resident agreed: 'Why should I have to pay to help someone else just so they can live a bit longer and sit around eating pies? It's almost as if there's some kind of politically correct "welfare state" at work here.'
Posted by D. Quail (expat) at 13:38