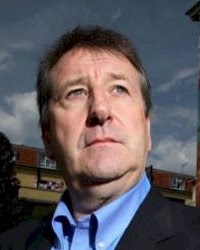 Florida resident Richard Littlejohn today wrote an 'hilarious' article satirising reports of the leaked BNP member list, pretending that it was in fact the Labour party that had its party member list leaked 'by a drunken civil servant'.

It is thought Littlejohn was inspired by a similar post that appeared yesterday on an interworldwidenet hyper netlog that also confused the BNP with another right-wing organisation for comedic purposes.

However, many readers were left scratching their heads as to what exactly Littlejohn was talking about, as some insiders speculated that the fearless columnist had in fact been the victim of a left-wing 'googlesockpuppetbombing' campaign. Some of the passages in 'Littlejohn's' article are so nonsensical that analysts said it could all be part of some great liberal conspiracy to tarnish Richard's reputation as a real journalist, because that's what he is.

"Many of [the Labour party members] have never had a proper job in their lives and harbour dubious histories, in some cases descending into outright criminality.
They include a significant number of extremists, including plenty who previously belonged to an assortment of Trotskyite and Communist organisations - facts they have tried to conceal from the public"

"On the afternoon we contacted her at the address listed, she told our reporter that he had been a very naughty boy, demanded to see his identity card and said everything he did was being recorded on CCTV and may be used against him on YouTube."

"The leaked details also reveal the staggering fall in membership of the Conservative Party since 2005. The names of everyone considered potentially racist, homophobic, Eurosceptic, doubtful about global warming, or even vaguely Thatcherite, have been crossed out."

One commenter said of the article: 'WTF? Is he on crack?'