Scientists will soon be able to "genetically" cross human DNA with that of a Chimpanzee or even dirtier animals, it was claimed yesterday.

After an empassioned defence on behalf of humanity by Conservative MPs, and an embittered assault by their New Labour and "Liberal" "Democrat" counterparts in the house of Commons, the bulwarks fell and the path lay open for any number of gene-splicing franken-xperiments.

The outrageous and grotesque plan involves inseminating innocent and, for the most part, decent human eggs with sperm from the human's less refined cousins, chimps. It is unclear what the supposed benefits would be for the British Empire, although some of the more naïve members of parliament suggested it would help in research into diseases and their remedies. Some claimed, boldfaced, that the experiments could "save thousands of lives".

However, the valid counterpoints to the research were much more palpable in the commons debate. Right-leaning Liberal Democrat member John Pugh said, "Why should we leave it to scientists to set limits on what is morally permissive?"

Nadine Dorries, conservative freedom fighter teller of many truths, also gave voice to her innermost feelings about the experiment, stating earnestly that the idea was "serious, sinister and absolutely, ultimately ridiculous". Sources close to her revealed that she was heartbroken to say the least by the landmark commons decision to the contrary.

Largely unspoken in the house of commons was the direct parallel between the New Labour hybridisation scheme and the events of 1926 in Soviet Russia, when left-leaning dictator Josef Stalin aimed to create a race of half-human, half-gorilla 'supersoldiers' 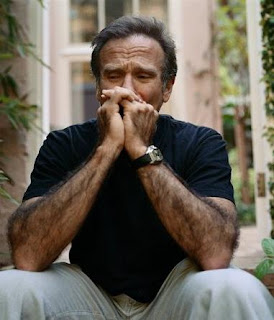 to meet the future needs of the army. While members of parliament kept this parallel unsaid, historians and journalists alike have noted that, moreorless, the situation is exactly the same.

Jeffrey Donaldson predicted worse possibilities still, pointing out that most ordinary people today now have honest concerns about the creation of Minotaurs and pig-goblins like those seen in New Zealand film maker Peter Jackson's documentary The Lord of the Rings. Such concerns highlight the importance of a public debate on the matter; we don't want minotaurs running amok in our fair streets ferchrisakes.

A further result of the decision in the commons will be that single women and even Lesbians will find it easier to have IVF treatment, creating their very own miniature hybrids with which they could form armies and perhaps lay siege to towns like yours.

George 'Humanzee' Bush vetoed a similar bill in 2006 over similar fears; sources described how he was afraid that the little chimpeople would visit him in the night and take his stuff.
Posted by D. Quail (expat) at 19:43