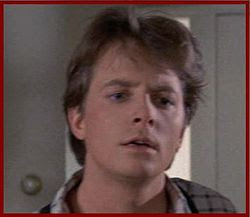 However, inside sources have confirmed that Palin's apparent 'blunder' is nothing of the sort; she had simply made use of the Republican party's time machine to travel into the future, where, as official Veep, she met Sir Nige at a White House formal dinner.

Unsurprisingly, given the lipstick wearing pitbull's hectic moose hunting, book banning schedule, Palin made a simple mistake and listed the ambassador as one of the many world figures she has not yet met, but probably has in the future. Republican supporters noted that far from being a blunder, Palin's remarks prove that she is making great headway in proving herself as an experienced and widly travelled political figure; she may not have been far in terms of physical miles, but her voyages into the future more than make up for her incredibly narrow world-view.
Posted by D. Quail (expat) at 19:39