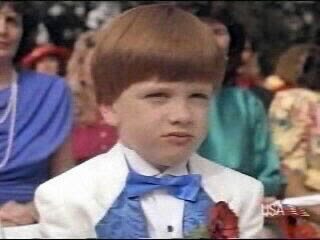 New Labour ministers are plotting to launch yet another futile attempt to ban the harmless past-time of child beating, it has emerged.

In a damning report, Kirsty Walker described today how swarms of Labourites have already backed plans to rob responsible parents of their fundamental human right to punish their children using violence, using traditional parenting techniques that date back to the glorious neanderthal times. Authoritarian whip-cracker Kirsty points out how, outrageously, the plans could even 'give children the same rights as adults', meaning that eight year olds would be allowed to drive and your four year old daughter would be free to party in Soho nightclubs with middle-aged business men.

Under current legislation, parents can discipline their children using 'reasonable punishment', but are not allowed to use methods that leave visible markings or scars. The new plans would go a step beyond this already restrictive law, and attempt to clarify the term 'reasonable punishment', which some wooly minded liberals believe is somehow 'unclear'.

Sir William Utting, spokesman for the Children are Unbeatable Alliance, which may or may not sponsor terrorism, said effeminately: '[The plan] is about being serious about equality and about the human rights of the child. The law must send the clear message that hitting children is as unacceptable as hitting anyone else.' Critics responded angrily, pointing out that hitting people was often a really good idea, like when they play reggae music too loud or don't hold a door open for their elders, so it is not right to remove the right to hit children, who do things that are even more annoying than that sometimes.
Posted by D. Quail (expat) at 22:37