Northerners Don't Wash their Hands After Going to the Loo 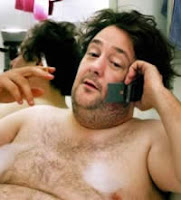 Dirty rotten Northerners are indeed rotten and, it turns out, dirty, according to a new study carried out by someone from Cheshire.

Research published by the London School of Hygiene and Tropical Medicine confirms what many already suspected; people in the North are a 'bit lax [ha! - Ed] about washing their hands after using the lavatory', meaning their hands are left crawling with deadly diseases, viruses and crabs.

The findings go some way to explaining why Northerners are more likely to vote Labour than their Southern masters - it is thought that the toilet-dwelling bacteria can enter the brain somehow after the dirty bastards fail to wash their hands. The bugs nibble away at the moist and spongy Toryus Plebicommonsensicum region of the brain which is responsible for moderating voting habits and forming normal political opinions. Once spongified, the region is unable to control the host's political preferences and, tragically, Northerners lose their ability to vote for the correct party.

Dr Val Curtis, who led the study and was reportedly 'flabbergasted' by the results, found that the further North her team went, the greater the incidence of faecal matter on subjects' hands and faces. Newcastle was found to be the pooiest city.

Recent polls that show a widening coservative lead over New Labour thankfully suggest that hygiene levels are improving, unlike immigration levels and knife crime which are getting far, far worse and will probably end up killing you.
Posted by D. Quail (expat) at 13:57