The Darkness Lifts: Sir Ian Blair gets his marching orders 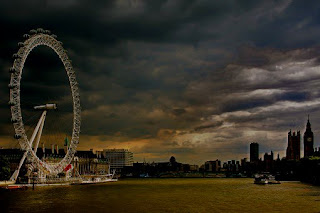 Sir Ian Blair, the Met police chief with an unblemished 100% failure rate on every single case he was ever involved with, today announced his resignation after being given his marching orders by London mayor Boris 'Dr' Johnson.

Home Secretary Jacqui Smith said 'Sir Ian has always had my support for the demanding and vital tasks that we expect of the Met...They go well beyond the effective policing of London'. So far beyond, in fact, that a young Brazilian man ended up with seven bullets in his head.

The resignation was hailed as a victory for the Conservatives, and according to James Slack, 'will be seen by some as the beginning of a passing of power from Labour for the Tories.' Left-wing online internet web-loggers reacted with sadness to the passing of their favourite mayor, who had the full backing of many wooly minded political figures such as ex-Prime Minister Gordon Brown, Home Secretary Jacqui Smith and notorious communist Red Ken Livingstone, who is reportedly now working with Che Guevara.