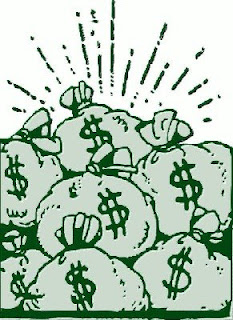 Disgraceful evidence has emerged that the Metropolitan police are receiving cash incentives just to turn up to work.

As news of the global economic crisis intensified, insiders revealed that officers involved in 'Operation Overt', Scotland Yard's biggest anti-terror investigation, have shared a £5million bonanza just for working a few extra hours. It is thought that the money will probably be spent by many reckless officers on 'short-selling' schemes, where shares are bought in failing banks. Such irresponsible trading is one of the reasons behind Britain's credit crunch, which has pushed up the cost of living for ordinary white middle-class English folk.

Critics warned that paying Police officers just to do their job would set a dangerous precedent, and could result in some failing to even attend crime scenes or arrest knife-wielding foreigners if they weren't constantly bribed by their employers to do so. One shocking document suggests that some officers are bribed with up to £25, 000 EVERY year.
Posted by D. Quail (expat) at 14:02