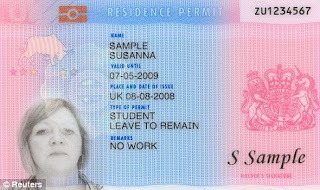 The first alarming images of the new British national identity card were unearthed late last night by The Quail, we can almost exclusively report.

The new ‘proto-totalitarian police state’ cards, as they have become known by some critics, are little more than credit card sized reminders that we Brits have been reduced to mere Europlebs. Adorning the 1984-style pocket spies, which contain personal information such as fingerprints, names and photographs, are countless Euro-centric images and even, contemptibly, the letters EU reprinted thousands of times over.

Instead of a nice, inoffensive Union Jack, Brussels bureaucrats have instead decreed that the cards display the five stars of the official European Union flag above a picture of a bull. The beast represents Jupiter, Greece’s patron god, who took on animal forms to rape countless women – the children of whom grew up to be modern day Greeks.

The red flag above the bull is probably the flag of some other Eurostate from whence immigrants flock to our shores. Matthew Hickley says in a damning report that although ‘the first cards for British citizens [will] feature a slightly different design’ we should still be outraged by this affront to our glorious nation.

Below is how the ID cards SHOULD look, if New Labour respected the wishes of good, hard-working Brits instead of insidious Brussels overlords. 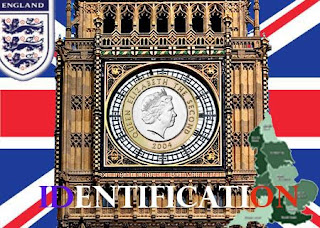