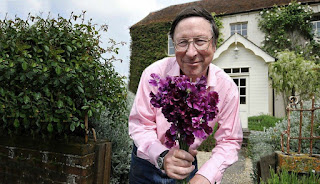 Bastion of truth, The Daily Mail, has published an article about George Steiner's comments on race and intolerance that one liberal 'weblogger' found too difficult to criticise in his usual manner.

The left-wing online website writer, who may or may not be a communist, was left 'reeling' after reading the article, written by Max Hastings. His usual ill-informed and misdirected rantings were forced to be suspended after the Man from The Mail (metaphorically) picked him up, twirled him around and drop-kicked him into a searing pit of left-wing sewage, before shouting 'Satirise this, bastard!' into his smug over-sized liberal ear. The blogger's reaction to these events are recorded on this html internet site: http://procrastobog.blogspot.com/2008/09/george-steiner-is-difficult-to-satire.html

The Telegraph, however, was not quite as successful in rising above the 'blogger's' usual criticism, being called 'vile and mind-buggeringly stupid' over its coverage of the same subject.
Posted by D. Quail (expat) at 20:14