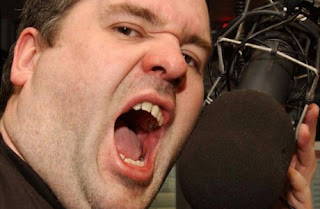 Jan Mokrzycki, president of the Federation of Poles in Great Britain said seriously: 'We are too serious an organisation to bother with someone as insignificant as Chris Moyles', before releasing a press statement and sending a serious letter to the BBC saying: 'Statements he has made on his show are greatly damaging to the image of the Polish community in the UK.'

The confused fury was ignited by the blubbery DJ's outrageous comments on his vile early morning radio show. Moyles said: 'I just find if you're Polish you're just very good at ironing... and prostitutes…..very good also at fixing cars, so hopefully that's not going to give me a problem in the car department.'

Polish people, who enjoy crashing aircraft over Heathrow, were disgusted and an avalanche of 32 complaints followed the broadcast. British Poles, who have been known to kill British workmen due to their inability to speak English, lead the criticism against Moyles on the Polish news website Infolinia.org, calling his comments 'nasty stereotyping'.

Describing the comments as 'racist', many Poles, who claim £21 million of fraudulent child benefit, called for an immediate public apology. They say the comments perpetuate an unfair perception that Polish people, who suck £1bn a year out of the economy and consider groping innocent British women an acceptable past-time, are 'feckless' and rubbish.

The Polish community, which swells by over 1,000 every month and has been described as an 'influx', reacted by organising a petition to register their disgust at the vile, unwarranted and barely comprehensible comments.

But the BBC seemed not to care, saying in a statement: 'Chris was poking fun at ridiculous and unfair stereotypes, and making a nonsense of generalisations based on nationality. At no point did he say that Polish people [who are taking all our houses] were involved in prostitution – he separately joked that prostitutes were good at fixing cars and ironing.'