This is the damning photgraph that completely disproves the long-running climate change debate. 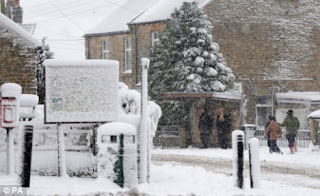 Commenters poured scorn on the beardy tree-hugging claim that the world is getting warmer as it emerged that Britain is officially cold this month, and some other places, like Wales, are too.

Despite the frail bleatings of climate boffins, who reckon that 2008 'remains the tenth warmest year on record and that rising temperatures are the long-term trend', readers of one regional newspaper were less than impressed: 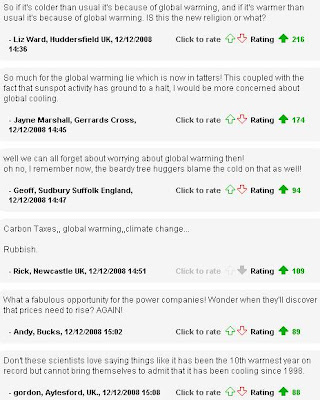