"The year that lies ahead threatens to be one of the most grim in all British history."
--Peter Oborne 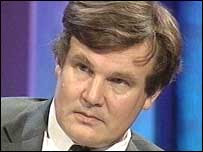 While his thrilling piece on just why the new year will be so utterly shit is focused, balanced and not at all too long, The Quail will summarise it for readers who are too busy to spare the 3 hours required to read it/translate it into intelligible English: it's all because of that cretinous lefty welfare state.

Make sure to check The Mail over the coming days for Pete's arguments as to why the following years weren't really all that bad.