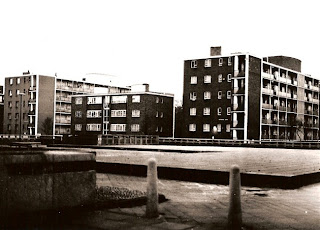 Proof of what we all knew already - that immigrants and benefit scroungers are taking British houses and jobs - was revealed yesterday, as forty three people who 'rarely have contact with ethnic minorities and don't understand the concept of integration' confirmed that they are scared of dark skinned people.

The exhaustive report interviewed uneducated, unemployed British taxpayers from some of Britian's poorest estates in Birmingham, Runcorn, Milton Keynes and Thetford to find out what they had read about immigration in the tabloids and how bad it was.

The results painted a bleak picture of Britain gripped by the 'doctrine' of multiculturalism and a country 'over-crowded to bursting point', leading Labour MP Frank Field to comment: 'No wonder people feel the Government is riding roughshod over their wishes, and not only in the poorest areas, which are bearing the brunt of the present massive level of immigration'.

One of the respondants to the survey said: 'You've now got towns which were predominantly white and now they're not. And you're expected to get on and not cause any waves, not look at people differently and be accepting. But at the same time, how can you be accepting when they're taking your house off you?' Asked whether anyone had taken their house from them, the respondant replied, 'Well, no but I read about it in The Daily Mail'.

The report found that 'by far the most frequent context for referring to ethnic minorities is that of perceived competition for resources - typically housing, but also employment, benefits, territory and culture'. Despite the fact that most respondants had not personally experienced any competition for any of these things, most felt that refugees, asylum seekers and other Daily Mail pantomime villains were probably going to take them away at some point in the future, and also eat their children.

In a bizarre use of syntax, Steve Doughty, a racist, commented that 'The findings [...] appear another step on Labour's road away from multiculturalism'. It is unclear what this means, but it is thought Doughty was attempting to express his distaste for a Britian in which more than 10% of people are from overseas, as went on to link diversity with the 7/7 London bombings which were perpetrated by Talibans who had taken our jobs and houses.

Helpfully explaining what 'multiculturalism' is for readers who might not understand the term, Doughty summarised it as when 'ethnic minority groups are encouraged to develop their own identity while critics say values associated with white groups are dismissed as racist.' Such values are thought to include racism and hatred of 'diffrunts'.

Even Hazel Blears, Labour's Communities Secretary, vowed that something needed to be done: 'Whilst [people on the estates] might not be experiencing the direct impact of migration, their fear of it is acute', she said, implying that headlines such as this and this, and journalists like this, had fuelled an imagined terror of brown people and single mothers.
Posted by D. Quail (expat) at 13:29