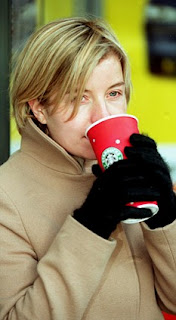 Coffee gives your children cancer, doctors didn't say today after not carrying out exhaustive research into the link that doesn't exist between caffeine and babies.

The dire warning, as yet unsupported by evidence and based on research that is yet to take place, will come as a shock to the millions of pregnant mothers gagging for a pick me up after a morning's vomiting and coal eating.

Researcher Dr Marcus Cooke of Leicester University said there was a ‘good likelihood’ the study would make a connection but pointed out that it he hadn't actually started any research whatsoever yet. Experts recommended that pregnant women should begin getting scared straight away in preparation for the results and stop their caffeine intake immediately, lest they spawn little cancer babies covered in pustulous tumours.

The unfounded but entirely cromulent 'caffeinogenic' link is based on previous research suggesting that caffeine damages DNA, cutting cells' ability to fend off radioactive cancer rays such as cosmic winds and microwave ovens. Such cell embaddening symptoms have been recorded in children with Leukaemia, which is a cancer. The formula (caffeine+DNA) x babies=cancer clearly illustates just how dangerous coffee, or indeed tea, can be if used during pregnancy.

Dr Cooke added definitively: 'Although there’s no evidence at all of a link between caffeine and cancer, we’re putting two and two together...The idea seems plausible'.

An insider said: 'It would be best for expecting mothers, who are doubtless already quite paranoid about the possibility of any one of a number of actual complications, to take this speculative conclusion very seriously indeed and keep buying The Daily Mail which will almost certainly reveal the cure for cancer any day now'.
Posted by D. Quail (expat) at 22:12