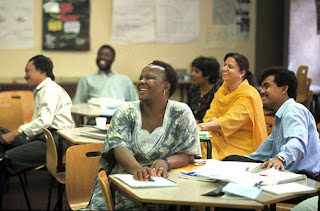 A staggering 275,000 bloody foreigners will be given British passports EVERY year from now on, top secret government plans published yesterday revealed.

The proposals sparked outrage as it emerged that the bloody foreigners, many of whom weren't even born here, would be granted citizenship - and the right to scrounge the full range of state benefits - just by passing an extended, more 'vigorous' probationary period which probably just involves sitting at home watching Jeremy Kyle and not learning English.

Bloody foreigners too lazy to participate in the probationary period will still be eligible to apply for citizenship after as little as one decade, instead of being sent back where they belong.

The plans are part of the New Labour's so-called 'Immigration and Citizenship Bill', which comes after countless recent controversies over immigrants stealing our jobs, taking our houses, snatching our benefits and being generally different.

Many less perceptive news sources interpreted the bill as a 'curb' to bloody foreigners coming over here and were fooled into believing that it signalled tougher regulations on immigration. Some state controlled media outlets were even so gullible as to believe that a reduction in immigration might HARM the British economy.

But, thankfully, James Slack saw through the smoke and mirrors and turned his scrutiny to the real issue at hand: if more bloody foreigners are denied 'indefinite leave to remain', clearly that means that more will actually apply for the legal right to stay in Britain.

Shrewdly ignoring the fact that this would result in an increase in deportations and ignoring a proposed immigration tax and underplaying the extended probationary period , Slack's blistering report cut straight to the heart of the matter to lay bare the horrifying prospect of illegal immigrants being granted the right not to be called 'illegals', leaving only the slightly less offensive term 'bloody foreigners' at hard-working tax-payers' disposal.

A source close to Slack confirmed that the stunningly original article was 'totally different and not at all copied and pasted' from a previous article published in February 2008.
Posted by D. Quail (expat) at 23:55