For millions, logging on to the social networking website Facebook has become an integral part of daily routine, allowing them to keep track of friends they never speak to and stalk attractive co-workers.

But few are aware that every second spent mindlessly pouring over pictures from Sharon's hen night or reading Nathan's 25 truths increases the chance of catching cancer by up to 100%. Joining 'groups' - pages which multiple Facebook users can join to express either their hatred or love of common interests - is thought to cause strokes and elephantitis of the scrotum.

A study carried out by psychologist Dr Aric Sigman found that social isolation 'could alter the way genes work and upset immune responses, hormone levels and the function of arteries' - just like AIDS does. 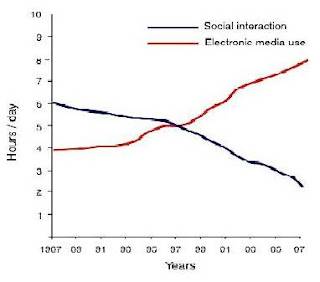 Sigman's research, published in Biologist, described how social interaction has plummeted since 1987 while the average person's use of electronic media has doubled, resulting in a dark and lonely world where people no longer speak to each other in person or buy newspapers, but instead spend all of their time virtually 'poking' each other and sharing pictures of cats.

Although social networking sites such as Facebook were originally thought to help people connect with others and make them think they have more friends than they really do, Dr Sigman said the reality was frighteningly different: 'Social networking sites should allow us to embellish our social lives, but what we find is very different', he said, adding that 'These are not tools that enhance, they are tools that displace.’

Sigman - who also believes that TV kills people - warned that people are becoming increasingly deprived of real face-to-face personal contact, which encourages 'cuddle chemicals' that make people feel warm and fuzzy and help prevent cancer, strokes, heart disease and dementia. Such cuddley molecules are absent in the type of bleak electronic communications found on Facebook. But not MySpace.
Posted by D. Quail (expat) at 10:39