Like the rats that caused the Black Death of London in 1665, 136 Slovakian families have flooded into the Yorkshire city since 2007, shamelessly looking for work and a better life for their families. Deprived immigrant nests are now a common sight to local residents, with many 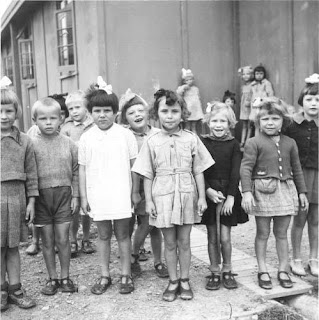 Eastern Europeans cramming up to 20 members of their family into a single small residence.

The overcrowded conditions have led to outbreaks of un-British diseases such as Hepatitis A, impetigo and thread worm amongst the migrant offspring, who brazenly wander the streets flaunting their their poverty 'for all to see', wearing tracksuits made by Neebok and Dunplop trainers.

A local man said: 'A dirtier or more wretched place I have never seen. The streets are narrow and muddy, and the air is impregnated with filthy odours. There are a good many small shops round here, but the only stock in trade appears to be heaps of small children who crawl in and out at the doors or scream from the inside. The sole places that seem to prosper amid the general blight of this place are the public houses, and in them the lowest orders of the Slovaks wrangle with might and main. Covered ways and yards, which here and there diverge from the main street, disclose little knots of houses where drunken [immigrant] men and women positively wallow in filth.'
Posted by D. Quail (expat) at 22:28