A new breed of radioactive super paedophile is feared to be stalking Britain, posing the greatest threat to your children since video games and Facebook. 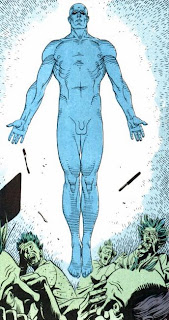 Tom Leopold, a college principal, was due to appear in court facing five charges of making and possessing child pornography, but absconded just days before his trial was to begin.

It is believed he was kidnapped by shadowy government agents as part of 'Operation Child Threat', a secret Labour scheme to undermine the middle-classes by snatching their proletariat offspring and turning them all into junior state officials with the power to issue on-the-spot fines for minor misdeeds such as whistling, littering and assault.

Sources claim Leopold was microwaved at full power until he developed super powers such as X-Ray vision and the chameleon-like ability to seamlessly blend into surroundings - including schools and bowling alleys. Government insiders say super paedos, or 'speedos', are one of the most effective methods of assaulting the traditional British family values Labour hates so much.

A judge issued a warrant for his arrest after learning of Leopold's terrifying mutation, warning police not to approach the 'radioactive' suspect in case he electricked them with his fingers.

He had been stopped by police three weeks earlier as he boarded a ferry to Ireland, but was able to escape after using Jedi mind-tricks to convince officers that his bail conditions had been relaxed and that he would be returning soon. He had a one-way ticket and has been previously convicted of absconding bail.
Posted by D. Quail (expat) at 20:10