Now Labour Wants All Boys to Have Kids 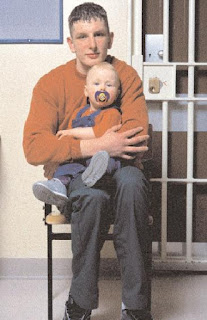 Teachers must stop teaching Maths and English to under 16 year olds and instead focus on persuading them to become fathers, according to new government advice published six years ago.

The Department of Health, embarrassed by statistics revealing that Britain still lags behind America in teen pregnancy league tables despite decades of libertinist sex 'education' workshops, has ordered that teenagers as young as five be brainwashed with the 'necessary skills, knowledge and attitudes' to make them believe they want to have children.

It is thought the new generation of childrens' children will be recruited into playgroundless Labour controlled city academies, where they will be trained as local council snoopers and taught to issue on-the-spot fines to taxpayers for minor misdemeanors such as littering or badger worrying. By the age of 12 they will already have served six years in the 'dustbin Stasi', and will become eligible to have children of their own.

'Operation Make Kids Have Kids Now', as it is known, revolves around a chilling pamphlet titled 'Baby Fathers: New Images of Teenage Fatherhood'[pdf], and features terrifying images of fathers as young as 17 professing to be 'proud and able parents'.

Teenage parenthood researcher Patricia Morgan said irrelevantly: 'This is child abuse. Fatherhood before the age of 16 should be a matter for the police', apparently unaware that all of the fathers in the pamphlet were 17 or older.

Cathy Hamlyn, head of the Ministry for Advancement of Underage Procreation and Child Redeployment (MAUPACR), described 'the timely resource' as a collection of propaganda illustrating the 'positive experiences, expectations and aspirations of teenage fathers'. It is understood a companion guide portraying traditional single teenage life without children as a dark and treacherous time of fear and isolation when young boys have only violent, alcoholic stepfathers to turn to for daily beatings, is due for publication at some point in the future.

Tim Loughton, the Tory party's children's spokesman, added that descriptions appearing in the booklet of teenage parenthood as 'the worst kind of punishment' [page iii] only served to 'glamorise teen parents' and 'encourage some [youngsters] to take irresponsible risks with sex.'
Posted by D. Quail (expat) at 21:13