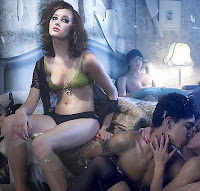 For months until she finally caught him out, Barbara Davies suspected that her husband was having an affair.

'He was withdrawn, moody,' says the Femail journalist from England.

'He became less affectionate with me and our two teenage daughters. He didn't want to spend time with us. At first, I wondered if he was having some kind of breakdown. Then, when he started shutting himself away with the computer, I started to think he might be seeing someone else.'

The truth, when it finally came out last summer, was far more complex, but equally di

In the end, the couple's marriage broke down when Barbara's husband walked out on her with the computer in his arms, saying he didn't even need a roof over his head just as long as he could look at sub-20 year old girls wearing revealing outfits, next to articles calling them sluts.

'I felt utterly sick,' says Barbara. 'Betrayed. I think the fact that we have two teenage daughters somehow made it even worse in my mind. Some of the girls in the pictures looked only a few years older. I truly think it would have been easier to have coped with him having an affair.'

If Jane's experience sounds like a rather seedy, one-off story, think again. Addiction to looking at young girls in various states of undress is increasing at an alarming rate. Men who might have innocently accessed websites such as Mail Online to try to read the news find themselves bombarded with images of nubile teen celebrities, in an environment that allows readers to convince themselves that this is perfectly acceptable.

Often the girls will be condemned for drunken, hedonistic behaviour or lambasted for being too fat/thin or trashy by pretend journalists attempting to justify quasi-pornographic output, lulling readers into the false belief that what they are reading is 'perfectly acceptable'. At times it is the mere suggestion of teenage nudity that provides the kicks. Sometimes, however, the authors completely forget to even attempt to insert any degree of acceptability, using paedophilic headlines like 'My hasn't she grown!'

Before they know it, unwitting male readers are logging on every couple of hours for another glimpse of Emma Wa 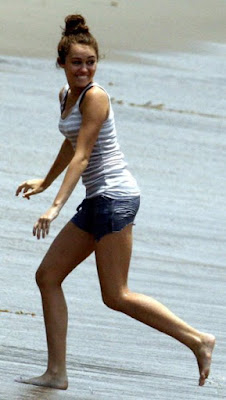 tson's bottom, or to see if Peaches Geldof has gone full frontal yet.

The instant accessibility of an electronic Daily Mail and the ability to view anonymously and in privacy are proving to be a toxic combination. One anonymous psychotherapist has even gone so far as to label it 'the crack cocaine of the internet'.

To ignore this demand would be to lose millions of valuable visitors every month; visitors who swell official traffic figures and allow The Mail to claim an ever growing circulation, which in turn results in greater advertising revenue to fund the fight against the horrific, inexcusable evils of pornography and paedophilia.