Concerns for the well being of Daily Mail editor Paul 'Mr Burns' Dacre were mounting today after the ferrite fisted news dictator suffered an exhausting three hour ejaculation that left him 'withered like a prune', according to one onlooker.

Doctors said the 61 year old media mogul, who insists on being called 'Lord High Commander Paulinus' by friends and colleagues, was 'stable' having lost several internal organs during the marathon eruption of man juice.

Fortunately, Dacre, who earns £1.2m a year from telling people how dangerous Britain is and that foreigners will kill you, had previously undergone surgery to equip him with an extra heart, two additional lungs, four spleens and an industrial sized bile duct, as well as several kidneys harvested from junior Mail journalists as punishment for not adhering strictly enough to their master's 'libertarian-authoritarian' realpolitik.

Insiders said that Dacre was so concerned about the risk of developing cancer from everything in the world he was willing to spend millions on 'backup' organs every year. 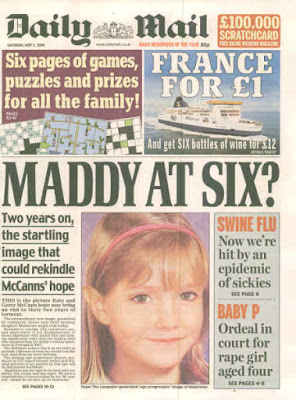 Describing the scene as Dacre began his epic jizzathon, the source added: 'It happened late last night, after the subs had been in to see him with new pieces on Maddy, swine flu and Baby P. There was an almighty rumbling sound like thunder and suddenly he was being propelled around his office by this giant stream of...well, you know.

I think it was the mixture of panic, outrage, fear and the prospect of going to France for just a quid that tipped him over the edge. He looked angry, excited and strangely hopeful, if that's possible - the combination of those three leaders together on the front page must have been too much, and I don't think having Myleene Klass on page three helped either. ' 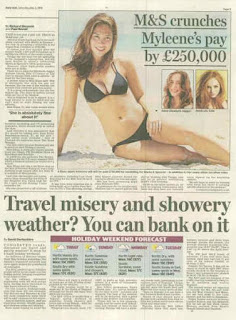 Dacre's wife, known only as Mrs. D., was reported to be upset at the incident, telling friends: 'I don't know why he's unable to get that excited with me.'
Posted by D. Quail (expat) at 19:48