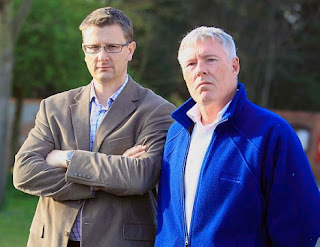 Google Street View, the online website that allows burglars to rob your house without even stepping outside, came under fire today as The Daily Mail issued a rallying call to middle-class curtain twitchers to 'Stop it in it's tracks'.

Applauding the heroic actions of the furtive residents of Broughton in Buckinghamshire who martyred themselves at the wheels of a Google 'spy car' so commoners wouldn't be able to look at their lovely mock-Tudor houses and manicured bushes, The Mail asked plaintively why Parliament is taking so long to ban the sick service and protect us from 'The Google monster'.

Sources at Google revealed that the monster, a purple seven bellied frog-like creature with modems for eyes and keywords for arms, is kept chained up deep within the bowels of the Californian company's central lair and fed on a diet of usernames, passwords and internets.

In an exclusive interview with privacy crusader Paul Jacobs, who led the resistance force against the terrifying spymobile as it attempted to photograph his property, luddite Robert Hardman conveyed in vivid detail the epic battle of Broughton as the little Englanders repelled the invasion of their local town for local people by minions of the 'smug California-based cyber empire'.

Finding the 1984 style eye-wagon parked at the end of a cul-de-sac, Jacobs called for reinforcements to force 'matey from snooper command' to turn back and get off their land. The fearless band of men and women - a couple of housewives, a nurse, a Tory councillor and an energy consultant - stood firm as the sneering, dark eyed driver vainly attempted to squirm his way past the resolute human chain. Some witnesses report seeing the driver smacking his lips with a forked, serpentine tongue and scratching at what appeared to be a tail within his trousers.

After an hour and a half fighting with the man and poking him with pitchforks, the residents successfully ejected him from the village and he was forced to drive away in humiliation, as the victorious villagers cheered the removal of another threatening 'out-of-towner'.

Rebel leader Jacobs, who suffers from a lisp, told Hardman: 'I rather lost it, I'm afraid, and I used a word that I don't use very often.' It is thought the word was susurrus. 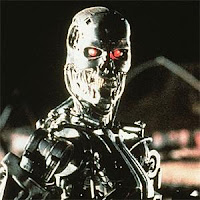 Hardman, without a shred of irony, described Jacobs as an 'international freedom fighter' and, predicting a forthcoming war against the Google machines, said that 'copycat rebellions now seem inevitable.'

But the Broughton incident has led to threats from cyber terrorists of a day of rampant unchecked photography in the small village as retaliation for Jacobs's successful counter-insurgency.

Organised on the hyperweb site 'Twitter', internet people are planning to descend upon the area to take hundreds of their own photographs in an attempt to force webocracy upon the brave little Englanders.

They have already begun posting pictures of the village online and used the photographs to post burglary masterplans and images of middle-class residents running in fear from the savage glare of their cameras. It is thought house prices have already begun to tumble as a direct result, while crime levels may have risen by a certain amount as well.