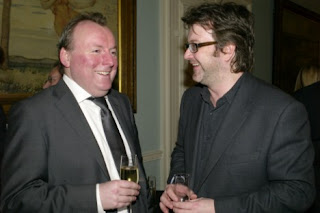 A campaign to undermine the Labour party by deploying 'plants' to make them look disorganised, corrupt, sleaze ridden and woefully out of touch with the entire British population is going 'swimmingly', it was revealed today.

Draper had managed to convince McBride to launch a 'reverse smear campaign' against himself by encouraging the communications advisor to send salacious and defamatory emails from an unsecure Downing Street computer to the 'influential' Labour blogger. But one of the emails was intercepted by muscle-bound anti-establishment freedom fighter Paul 'I hate politicians' Staines, or P Stains as he is known to friends. Stains runs the poorly moderated 'Guido Fawkes' charity site, which caters for victims of the psychological condition 'Bilious Superioritis Verbal Diarrhoeaphrenia'.

Draper, who was created by Tory scientists to erode the Labour party's credibility by posing as a high-profile supporter before saying a ton of stupid shit, launched the face-achingly dull LabourList website earlier this year, and quickly found himself at the centre of manufactured controversy for accusing everybody in the world of being racist and pretending to be a psychiatrist.

Noticing that the three readers of LabourList were tiring of constant attempted smears and link-baiting faux scandals involving important right-wing bloggers Iain Dale and P Stains, Draper set up the Red Rag website as a repository for all the petulent tripe too pathetic to post on LabourList. A quick call around his Number 10 chums for some juicy Westminster village gossip resulted in several 'juvenile and inappropriate' emails sent by McBride to be published on Red Rag.

Draper has been credited with turning swathes of once staunch Labour supporters against the party and destroying the delicate image of Britain's political blogosphere, while simultaneously drumming up public sympathy for previously maligned, eminently dislikable figures such as abortion fan and pretend blogger Nadine Dorries.

Draper defended his communications strategy as 'too difficult for you to understand'. 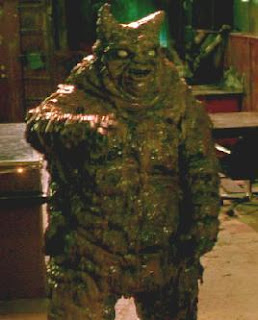 In a statement he said: 'Yeah but no, that's not what happened, no, that's not true, yes it was a bit like that but you've misinterpeted me, I didn't mean that, it must have been hackers or something, those comments weren't going up on LabourList but similar stuff did appear yeah, no but yeah and that's not fair because nobody told me that was an offensive word, I didn't call him a racist but he is a racist, well I say racist but I'm not saying he is racist, but that other one is the real villain because he allows it in the comments, Tories are bad, they're all the same, well not all of them, but you know what I mean, no I didn't mean that, I'm creating a website for 50 million people not some self-important bloggers, hey bloggers why aren't you linking to my website, we do daily emails and everything, I get more comments than Guido it's just I don't allow them all through, I'm a psychotherapist you know, I went to Berkley, not the university, but I did go there and I have four degrees, well not four exactly but you know.'

A local man said: 'Who the fuck is this Damian McBride twat and why is news so boring and shit?'
Posted by D. Quail (expat) at 16:36