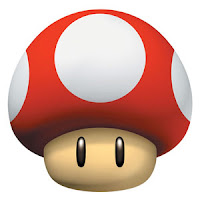 Eating mushrooms every day 'slashes' the risk of breast cancer by two thirds, according to new research by science men.

The findings come after an unrelated study that we can't find a link for revealed that mushrooms mirror the effect of aromatose inhibitors - breast cancer drugs which block production of oestrogen, also known as the 'cancer feeding hormone'.

40,000 British women are diagnosed with breast cancer each year, and the virus will affect one in nine women at some point in their lives. Diet is thought to be a key factor.

Rates of the disease in China - where they eat mushrooms a lot - are four to five tines lower than in some western countries.

'Scientists found women consuming a third of an ounce of fresh mushrooms every day were 64 per cent less likely to develop a tumour', said The Daily Mail.

However, statist New Labour propaganda mouthpiece the BBC irresponsibly attempted to discourage women from getting cancer, claiming that the results merely showed a correlative association between Chinese lifestyles and cancer rates - rather than the truth, that mushrooms destroy cancer cells and can counter-act the harmful effects of poor diet and a lack of exercise.

They added facetiously: 'Large scientific studies have proven that the best way to reduce your risk of many cancers is to eat a healthy balanced diet.'