Ethnics To Benefit From Economic Misery 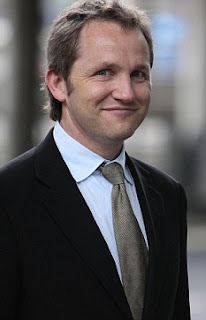 Ethnic minorities - including gypseys, intimidating black hooded youths and Chinese tourists - will receive more money during the recession than anyone else, it emerged today.

The Government pledged extra help to those 'most at risk' from the economic downturn to ensure they do not become 'left behind' better people. Work and Pensions Secretary James Purnell announced a review of the labour market by the bloated and politically correct Equality and Human Rights Commission to try and find evidence that brown people need more money than white middle-class taxpayers with families.

It is possible that the review will recommend that traditional British families should begin sending envelopes full of cash and jewellery directly to immigrant neighbours regardless of how poor they are - and even hand over the keys to their cars just so they can get to local tribal ceremonies.

Gaffe-prone, benefit loving Purnell, announcing the scheme in a speech to Labour's multicultural Black Asian and Minority Ethnic annual meeting yesterday, made a snide jab at the massively popular and successful Tory government of the early nineties, sneering: 'In the past too many were left behind in bad times. Ethnic minority workers suffered most in the Tory recessions.' He went on to call Margaret Thatcher 'a bit rough' and labelled John Major 'a nerd', according to one local drunk.

The plan drew furious criticism from Conservative MPs, who warned that it would give dangerous potential terrorists the means to build weapons of minor destruction. Philip Davies, MP for somewhere called Shipley, criticised Purnell for talking to non-white folk, saying: 'This is simply outrageous...the sort of thing that gives politics a bad name - ministers talking to different groups and telling them what they want to hear. It drives me to distraction.'

The Taxpayer's Alliance insta-quote machine, making a welcome return after blowing a gasket three months ago over Alistair Darling's super-tax plan, said: 'Bleep bleep! Outrage algorithm initialising....zzzzzt...Lots of people are suffering hard times in the recession. Buzzzz-doop....The last thing they need is for the Government to play politics with different ethnic minority and gender groups...END OF TRANSMISSION blap.'

A spokesman for the Equality and Human Rights Commission said sanctimoniously: 'This recession has had a terrible impact for hundreds of thousands of people who have lost their job or are under threat - men and women, the old and young, white, black or Asian, students struggling to find a job, disabled people. We want to understand the patterns that are already starting to emerge.'

But shadow work and pensions secretary Theresa May said: 'This is typical of Labour's dithering response to the recession. Pffft! Patterns and understanding? Yeah we'll just look at some numbers and sit around and understand each other and it will all be ok. Ha!'
Posted by D. Quail (expat) at 01:24