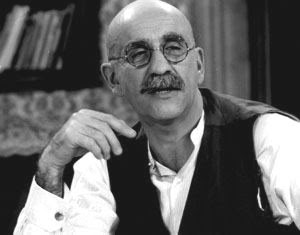 Being mean to minorities is now officially acceptable thanks to the heroic actions of one small town postmaster.

Brits everywhere rejoiced today at the news that it is perfectly tolerable to demand that foreigners speak English, learn all the words to the national anthem and wear tweed jackets with leather patches instead of intimidating turbans and beards.

And, no doubt, the PC brigade will be wringing their effeminite, well-moisturised hands at the startling revelation that the man at the centre of the anti-non-integration campaign is himself a foreign immigrant from another country somewhere beyond the sea, possibly in the east where spice mines still account for 100% of GDP and elephants live in castles and keep human butlers.

Although Deva 'Dave' Kumarasiri is not technically British, and neither are his children or their children, he proudly flies a Union Jack outside his house and describes Britain as 'the best country in the world'. Like all British people he drives a Land Rover and is trying to make his two young daughters join the RAF.

So proud is Dave of the fragrant azure pastures of inner-city Nottingham that he is insisting that other foreigners embrace British culture with the same rabidity that he has, warning that immigrant customers at his Post Office must speak only in English or face a permanent ban.

And while some politically correct do-gooders have accused him of inciting division in the community, it doesn't take long to see that Dave's 'intolerant' measures are in fact just driven by passion for the country that selflessly invaded his motherland nearly 200 years ago, saving his and older generations from centuries of pre-colonial barbarism.

'All I'm doing is telling people that if they want to live in Britain, be British', he says, before handing out some useful pointers for fellow migrants: 'Don't boo our soldiers when they come home from Iraq. Don't live your life without embracing our culture. Don't stay here without making any effort to learn the language. And if you don't want to be British, go home.'

One 'British' Muslim said: 'Mistah Kumarasiri, he right. I shouldn't have heckled those soldiers along with the thousands of other Muslims who did too. That's where I've been going wrong. Jesus akbar!'

As Dave describes his policies in his shop, a Polish woman wearing a shabby, sack-like dress shuffles to the counter to presents a £299 benefit cheque to be cashed - probably to fund the eight children she might have. A Pakistani man - reprimanded earlier for not speaking English, smiles pathetically as he struggles with 'please' and 'thank you'. We both glow with pride at their humiliation, and our own superiority.

Despite unfounded accusations from the local liberal elite that it is none of his business forcing people to speak English, and suggestions that he is driven not by patriotism but by arrogance, Dave is reasonable in his crusade: 'I don't expect immigrants to be fluent in English overnight. Lots of people struggle to master another language but they get much more respect if they at least try. I'm not being a racist, just a realist', he says catchily.

Mr Kumarasiri grew up in a village outside the third-world Sri Lankan capital of Colombo and learned English before arriving on our shores.

Although he supports the enforced conversion of foreigners to British customs and culture, and actively tests his own customers to ensure they meet his prerequisite level of Britishness, he describes the New Labour British Citizenship Test that he was forced to endure upon entering Britain as 'pointless and stupid'.

Unsurprisingly, he says that back in his native Sri Lanka, people are still proud to be associated with their former colonial ruler. 'Still we have the pride that Britain left behind. The laws are still there, the schools are still there. The kids have courtesy. They have discipline. Here, all that is gone. Let's bring it back.'

One insider said: 'If this Dave bloke likes Sri Lanka so much and thinks England is such a mess, why doesn't he go live there?'
Posted by D. Quail (expat) at 21:54